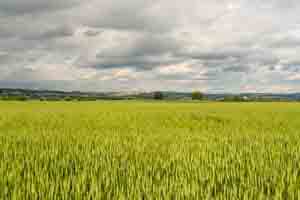 The Federal Office for the Environment (FOEN) of Switzerland has given permission to the University of Zurich to conduct field trials of genetically modified (GM) barley under strict conditions on June 12, 2019.

The FOEN approved the application and set out the measures that the university had to take to prevent GM material from spreading outside the experimental area. These requirements are comparable to those made in previous trials conducted in Switzerland. The field trial has been restricted to five cultivation periods from spring 2019 to autumn 2023 and will be carried out on a protected site at the Reckenholz (ZH) site of the Swiss Federal Research Station Agroscope.

The barley that will be tested has been modified with the wheat resistance gene Lr34. The researchers want to find out whether the gene can also protect corn and barley. The crop will be exposed to barley leaf rust and powdery mildew fungi to test resistance. The field trials will also test whether the genetic modifications have any effect on crop development and yield. For more details, read the media release (in German) in The Federal Council website. The application release is available here

Source: News from Around the World