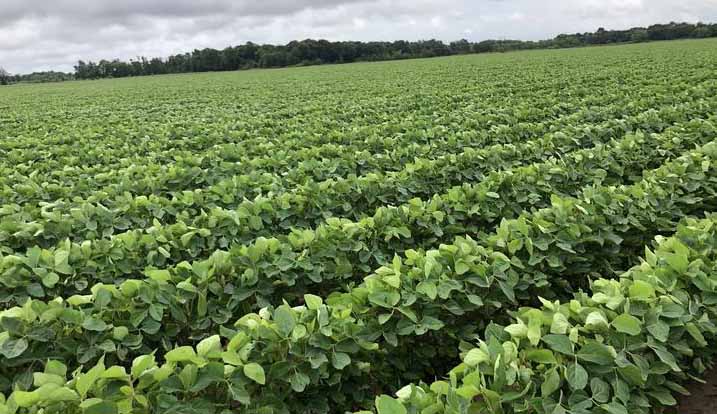 Shares in Davis-based Arcadia Biosciences Inc. shot up 124% Friday on news of a USDA approval for drought-tolerant soybeans the company has developed in a joint partnership with Bioceres Crop Solutions Corp.

News of the U.S. Department of Agriculture approval sent Arcadia shares to close at $4.51, up $2.50 per share, and more than doubling the market capitalization of the company.

Earlier in the week, Arcadia shares had been trading under $2 per share, the lowest share value in the past year.

In testing in recent years, field trials of the soybean trait, called HB4, showed 14% greater yield, and better response to drought. The trait has been tested for nine seasons in multiple locations in field trials in Argentina and the United States.

The approval will allow for commercialization of the traits in the U.S. market. The USDA approval comes two years after the U.S. Food and Drug Administration approved Verdeca’s HB4 trait, which it began investigating two years before that. Verdeca is a joint venture between Arcadia and Bioceres.

“The USDA and FDA approvals are important steps in our continued drive to commercialize this trait in key markets,” said Arcadia CEO Raj Ketkar, in a news release.

“We anticipate initial sales in Argentina — through our Verdeca joint venture — following import approval from China, which we expect in 2020,” said Ketkar via email. “With the USDA approval in hand, we are now free to begin in earnest evaluating potential U.S. germplasm partners who will carry our HB4 trait. We look forward to sharing more insight into our U.S. soybean commercialization plans in our upcoming second quarter earnings conference call on August 14, 2019.”

Arcadia said that with the USDA approval, the HB4 trait now has regulatory approval in over 80% of the global soybean market. The HB4 trait has already been approved in Argentina and Brazil. And it is under consideration by China, Paraguay, Bolivia and Uruguay, Arcadia said.

“From our trials in Argentina, this product fits best in areas under environmental stresses, mainly drought and also areas that need weed control,” Ketkar said. “It potentially could fit all over the U.S., but our development work will identify the areas where this trait will bring the most value to soybean farmers.”

In 2012, the two companies formed the 50-50 joint venture Verdeca to develop and deregulate soybean varieties with next generation agricultural technologies.

Arcadia uses rapid prototyping and genetic modification to get beneficial performance out of crops. It has developed salt- and drought-tolerant rice, flood-tolerant rice, low-gluten wheat, high-fiber wheat and high-GMA vegetable oils. This year, Arcadia formed a division to work on hemp traits.