Cotton seed for dinner? That could become a reality 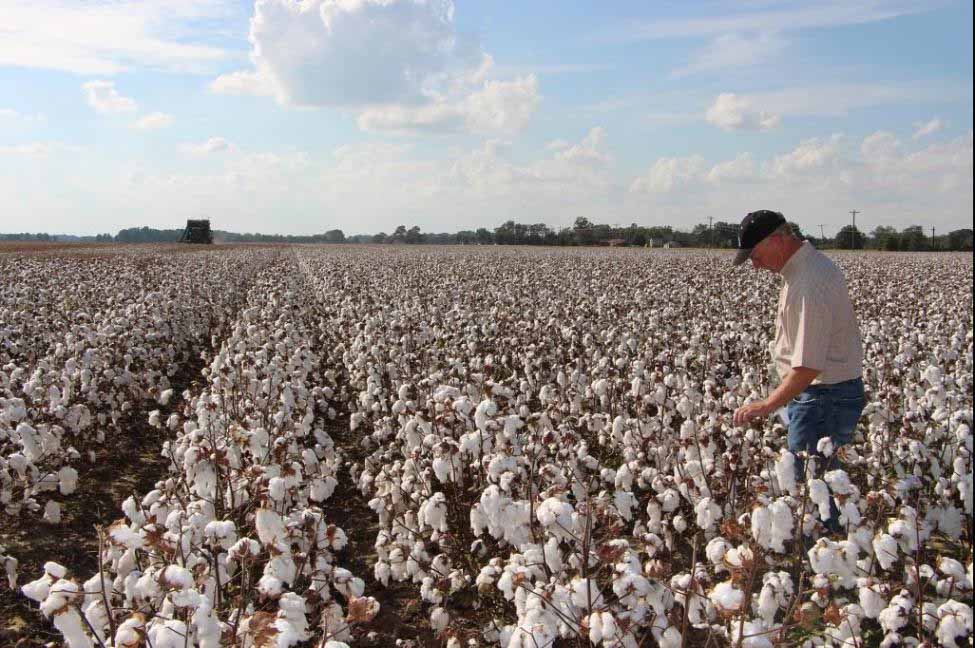 EVANSVILLE, Ind., Oct. 23 (UPI) — The cotton industry hopes to launch a new market for a genetically modified cotton plant whose seeds are edible for humans.

The push comes after the Food and Drug Administration OK’d the modified plant for human consumption in late September. Cotton groups called it a historic decision — one that could change the industry and help feed millions of people.

“The humanitarian aspect of this is pretty important,” said James Pruden, a spokesman for the Cotton Incorporated, a North Carolina-based research and promotion organization for the cotton industry. “Cotton can be grown on any continent, except Antarctica, and it thrives in areas where you can’t grow other crops. This plant could give people a cash crop and a food crop in one.”

Standard cotton is poisonous to humans because it contains toxic levels of a substance called gossypol, which protects the plant from insects and other pests.

The newly approved plant was engineered to produce a protein-rich seed that has little gossypol. This ultra-low gossypol seed — about the size of a pine nut — is safe to eat and could become a valuable human food source, scientists say.

“There are 10.8 million tons of protein locked up in our yearly output of cotton seed,” said Keerti Rathore, a professor at Texas A&M’s Institute for Plant Genomics and Biotechnology who developed the gossypol-free cotton plant. “If we could use that protein as a food source, we have the potential to feed 500 million people.”

The seeds can be used like most nuts. They can be turned into butter or hummus, ground into flower or simply roasted. They also can be used to feed livestock and commercially raised fish.

“I would definitely plant it,” said Donny Lassiter, a grower from Conway, N.C. “This adds even more uses for the plant. It will probably be a long time before farmers see any revenue from it. But that possibility is there now.”

The cotton industry has long sought an edible seed. Plant breeders in the 1950s created a cotton plant that produced no gossypol. The industry celebrated the find and quickly began growing the new plants across the United States. But growers quickly ran into problems.

Though the seeds were edible, the lack of gossypol in the plant’s stems and leaves left it vulnerable to pests, Rathore said. The plants rarely survived.

“It was all or nothing,” Pruden said. “So we had to wait for the technology to be able to suppress gossypol in the seed but keep it intact in the plant.”

Rathore began working on the issue in 1995 when he arrived at Texas A&M. It took him a decade to find a way to suppress the gene that put the gossypol in the seed — without removing it from the rest of the plant. He succeeded in 2005.

It was the breakthrough the leaders of Cotton Incorporated had been waiting for, Pruden said.

Rathore published his research in 2006. Cotton Incorporated quickly teamed up with the professor and Texas A&M to obtain federal approval to commercially grow the new plant for human consumption. The process required another decade of tests to verify safety.

The plant received an approval from the U.S. Department of Agriculture to grow without a permit in 2018. The FDA approval came in late September.

“This is a historic moment,” Pruden said. “But we still have a long way to go.”

Now that the plant has been deregulated, Cotton Incorporated must persuade seed companies to adopt and market the new variety.

This can be tricky to do, Pruden said. As a brand new product, there is no current market for edible cotton seeds, which makes it a risky one for seed companies to produce and market.

Plus, as a genetically modified plant, the cotton industry could face an uphill battle to convince consumers it is safe to eat.

“It is just a matter of time before this technology is adopted worldwide,” Rathore said. “Global population just continues to grow, and with all the issues with climate change and its adverse effect on agriculture, the question becomes: Where are we going to get the food to feed the growing population? It’s just a matter of time.”