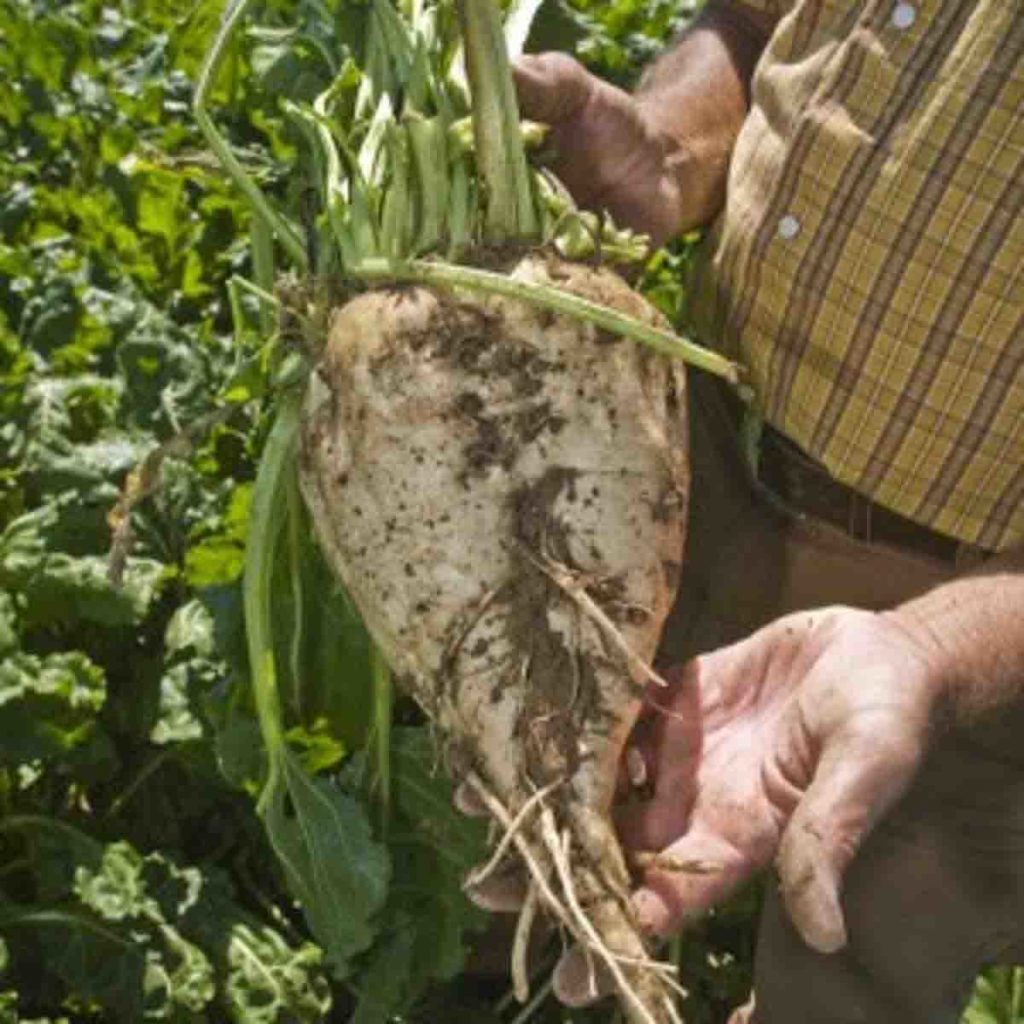 Duane Grant never set out to be an agricultural pioneer. He just wanted to continue the family farm and make his dad proud.

Grant grew up on his father Douglas’s farm in Southern Idaho and contributed from an early age, eventually joining the operation full-time after high school.

Since he joined the operation in 1980, he has become the CEO of Grant 4-D Farms and guided a more than 50-fold increase in the farm’s size and production. Grant 4-D Farms grows sugarbeets, potatoes, seed potatoes, wheat, malt barley, corn, and hay on its farms in Southern Idaho and Eastern Oregon.

“Hard work and technology fueled the growth,” said Grant, who is also the chairman of Amalgamated Sugar Company.

And no technology has been as revolutionary as sugarbeet seeds that are bioengineered to resist weed-killing herbicides – a process commonly called GMO. Grant credits the invention with reducing the industry’s environmental footprint as well as saving countless farms from ruin.

“My family has been involved in agriculture since migrating from Scotland more than 100 years ago,” Grant said. “We are now seeing the next generation working on our family farms, and it is an incredible feeling to know that thanks to advancements like biotechnology our operations can continue to contribute to the local economy and the nation’s food supply.”

Like many farms in his area, sugarbeets are at the heart of Grant’s operation. But the crop was becoming harder and harder for families like his to produce.

“Beets are a nightmare to grow because of weeds,” he explained. “Sugar farmers can go bankrupt if they can’t successfully control weeds. That used to mean a rigorous regimen that required lots of money, lots of chemicals, and lots of people working long hours.”

So, in the early 2000s, Grant dedicated himself to bringing the same GMO technology to sugarbeets that was benefitting corn and soybean farmers.

Numerous field trials testing genetically-modified beets were conducted on Grant’s farm. He was one of the first farmers who agreed to take the leap of faith and commercially plant a GMO sugarbeet crop in 2007. And, he was deeply involved with a U.S. Department of Agriculture advisory committee charged with charting a course for the future of biotechnology.

By 2008, other sugarbeet farmers were eager to enjoy GMO’s benefits, and nearly 60 percent of U.S. beet production had shifted. Just one year later, bioengineered seeds accounted for 95 percent of the nation’s sugarbeet crop.

Since the introduction of GMO sugarbeet seed, Grant said per acre productivity has accelerated to the point where growers associated with Amalgamated Sugar get twice as much production from less than half the amount of inputs they did 15 years ago.

This means less spraying of herbicides; less tilling and stripping of the land, which leads to erosion; and less need for costly farm equipment that burns fossil fuels.

“When I was a kid, the valley where we grow used to turn brown from wind-blown soil erosion caused by traditional sugarbeet tillage practices.” Grant said. “That doesn’t happen anymore…we stay green and it’s thanks to the genetically modified seed.”

In fact, scientific studies show that bioengineered sugarbeets have reduced ecotoxicity and environmental risk by 92 percent and 98 percent respectively. And this technology has enabled farmers to utilize better farming practices that have cut soil-derived carbon emissions by 80%.

And with sugar prices low and stagnating, and with production costs climbing, the development of GMO sugarbeet seed also helped alleviate the economic squeeze of weed control that was crippling Grant and his neighbors.

In short, more sugarbeets are being produced on less land, and it’s being done in a more economical and environmental way.

“Best of all, when the natural sugar contained in beets is extracted during the refining process, the resulting table sugar is identical to sugar from non-GMO beet or cane sugar,” Grant said, “which is important to some consumers.”

Grant is astonished when he sits back and thinks about how far his farm and the industry has come in just the past decade.

“It’s fitting to describe the journey as a ‘tough row to hoe,’” he said of the farming metaphor used to describe a challenging task. “But it’s been well worth it. We’ve saved farms, helped families, and improved the environment by making sugar more sustainable.”

Needless to say, his father would be proud.

By The Sugar Beat
https://sugarsustainably.org/