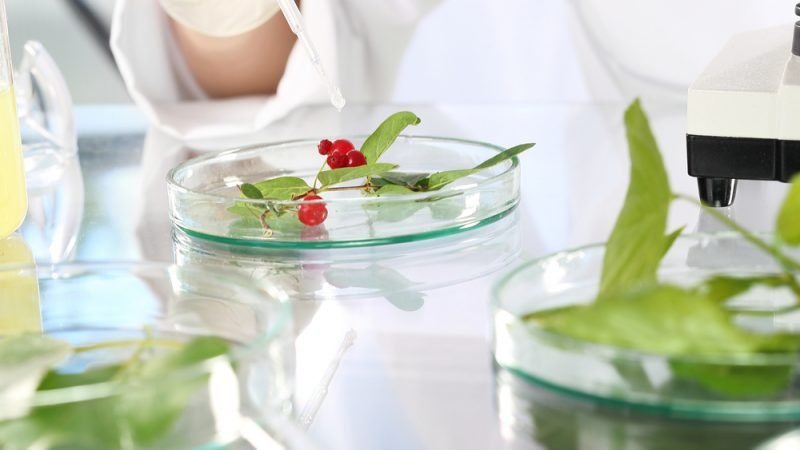 As Europe is getting through this deep discussion, one could say the UK is enjoying one of the post-Brexit “advantages”: speed up decision making adjusted to science.

This article is part of our special report Innovation in agriculture: Europe at crossroads.

While the EU considers the potential role of new innovative techniques to protect harvests from pests and diseases, on the other side of the Channel, the UK is getting ready to open the door to new gene-editing technologies post-Brexit.

Asked about the potential for biotech and gene editing in the Farm to Fork strategy (F2F), the EU’s new flagship food policy, EU Health Commissioner Stella Kyriakides told EURACTIV that the bloc needs to develop innovative ways to cope with its dependency on pesticides.

“However, innovative technologies must always be safe for consumers and the environment and bring a clear added value to society as a whole,” she added.

The debate over biotechnology and innovation has been in the spotlight in Europe for a long time.

The issue heated up after a 2018 European Court of Justice ruled that organisms obtained by gene-editing are GMOs and should, in principle, fall under the GMO Directive. [See background]

Environmentalists hailed the Court’s decision while industry and farmers expressed their disappointment, warning about severe economic and environmental consequences.

The Commission was then requested by the Council to carry out a study on new genomic techniques.

According to Kyriakides, this study will provide a good opportunity to assess the status of these techniques, and any potential policy action in this field will only be looked at after the study is finalised, in 2021.

The new EU Health Commissioner Stella Kyriakides wants more information about the controversial issue of gene editing and for now, she seems less enthusiastic than her predecessor Vytenis Andriukaitis.

Tasos Haniotis, director for strategy, simplification and policy analysis at the Commission’s DG AGRI, said that we “take it for granted that when we look for vaccines, for me it seems we use biotechnology, we use nanotechnologies, we’ll use artificial Intelligence is fine. But when it comes to food or pesticides, we have different standards”.

Some mainstream parties have expressed support for these new tools.

Socialist MEP Paolo De Castro hinted that Europe has reached a deadlock considering that the executive is not coming up with a new regulation to differentiate gene editing from GMOs.

“What I am telling Frans Timmermans – the member of the College coordinating the F2F – is that farmers do not enjoy using chemicals, but they are forced to do so to fight diseases […] What kind of tools do we provide them to use other forms?” he wondered.

The Greens, who were initially sceptical toward gene editing, are now showing signs of division over the issue. A number of German Green politicians recently backed the idea of revising the regulation on gene editing. However, officially the Green party in the EU House denies any U-turn.

More vocal are conservative politicians from the European Conservatives and Reformists Group.

“Despite the demand from industries, farmers and member states, the European Commission has not been able to clarify GMO legislation since early 2007,” MEP Tertsch Hermann commented.

“We are in 2020, time is running out, and we are already late if we have a look at the regulatory status across the world,” he told EURACTIV, adding that Farm to Fork or biodiversity strategies will not be successful farmers are deprived of the tools they need to produce food while improving their environmental performance.

“If pesticides reduction is a pillar of the EU strategies, we cannot accept that genome editing and Crispr are not fully recognised as key elements to achieve sustainability goals in agriculture. COVID 19 has shown that healthcare biotechnology is part of the solution, we should give a chance to agri-biotechnology as well,” he emphasised.

According to the seeds industry, GM legislation needs to change.

“If the Court can only interpret the current GM legislation (definitions and exemptions) this way, then this legislation must be changed and rewritten to assure that not any innovation in plant breeding methods by default falls under the cumbersome, costly, politicised and consequently dysfunctional GM rules of today,” commented Garlich von Essen, secretary-general of Euroseeds.

As Europe is wading through this discussion, the UK is enjoying one of the post-Brexit advantages – freedom to speed up decision making adjusted to science.

The bill, set to be the biggest shake-up of UK agricultural policy in over 40 years, is currently being debated in the House of Lords.

The amendment in question was tabled after the All-Party Parliamentary Group on science and technology in agriculture wrote to George Eustice, the secretary of state for environment, food and rural affairs, last month urging the government to introduce an enabling amendment in order to boost the genetic innovation after Brexit.

During the reading of the bill on Thursday (9 July), a number of Lords offered their support for the technology.

Lord Gardiner of Kimble, parliamentary under-secretary of state for rural affairs and biosecurity, stressed that it is “essential that robotics and genetics offer great potential for agriculture,” emphasising that “innovation and technology are key to boosting productivity while enhancing the environment and feeding a growing world”.

But the move has sparked fierce opposition in the UK from environmental organisations, who stress that the UK public has no appetite for GM.

Three of the largest anti-GM campaign groups – GM Freeze, Beyond GM and GMWatch – are urging the UK public to write to lawmakers to ask them to reject the amendment, saying that to make such broad alterations in the structure of UK environmental protection is “at best, ill-considered and cavalier and, at worst, destructive and dangerous”.