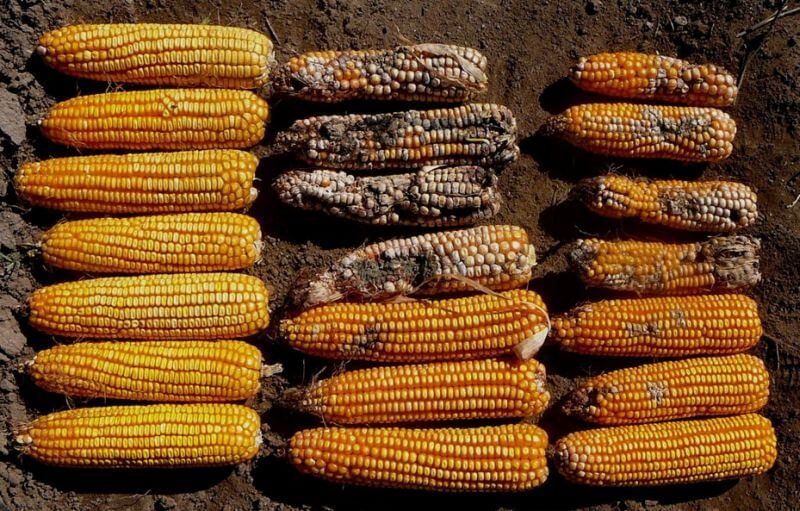 Previous field studies have reached no collective consensus on whether Bt corn, the most commonly planted transgenic crop worldwide, has significantly lower aflatoxin levels than non-Bt isolines. Aflatoxin, a mycotoxin contaminating corn and other commodities, causes liver cancer in humans and can pose severe economic losses to farmers. We found that from 2001–2016, a significant inverse correlation existed between Bt corn planting and aflatoxin-related insurance claims in the United States, when controlling for temperature and drought. Estimated benefits of aflatoxin reduction resulting from Bt corn planting are about $120 million to $167 million per year over 16 states on average.

These results suggest that Bt corn use is an important strategy in reducing aflatoxin risk, with corresponding economic benefits. If the same principles hold true in other world regions, then Bt corn hybrids adapted to diverse agronomic regions may have a role in reducing aflatoxin in areas prone to high aflatoxin contamination, and where corn is a dietary staple.

Aflatoxins are mycotoxins (fungal toxins) produced primarily by the fungi Aspergillus flavus and A. parasiticus that commonly infect food crops such as corn, peanuts, pistachios, and almonds. Aflatoxin causes liver cancer, immune system dysfunction, and growth impairment in humans and animals. The International Agency for Research on Cancer classifies “naturally occurring mixes of aflatoxins” as a Group 1 carcinogen. Thus, over 100 nations worldwide have set regulatory standards for maximum tolerable levels of aflatoxin in food. Even so, Liu and Wu estimated that between 25,000 and 155,000 aflatoxin-related liver cancer cases occur worldwide every year.

Bt corn planting can reduce aflatoxin in US corn to an extent that causes a significant economic benefit to corn growers. If similar agronomic principles hold true in other world regions, then Bt corn planting may also reduce aflatoxin-related health and economic risks. On balance, climate projections suggest that more corn areas across the United States and worldwide will be vulnerable to aflatoxin in coming decades. In this light, the trait can be viewed as a means of mitigating increased aflatoxin risk due to climate change.

Read these resources to learn more about Bt technology: