Why do Filipino Farmers and Scientists Support Biotech Crops? 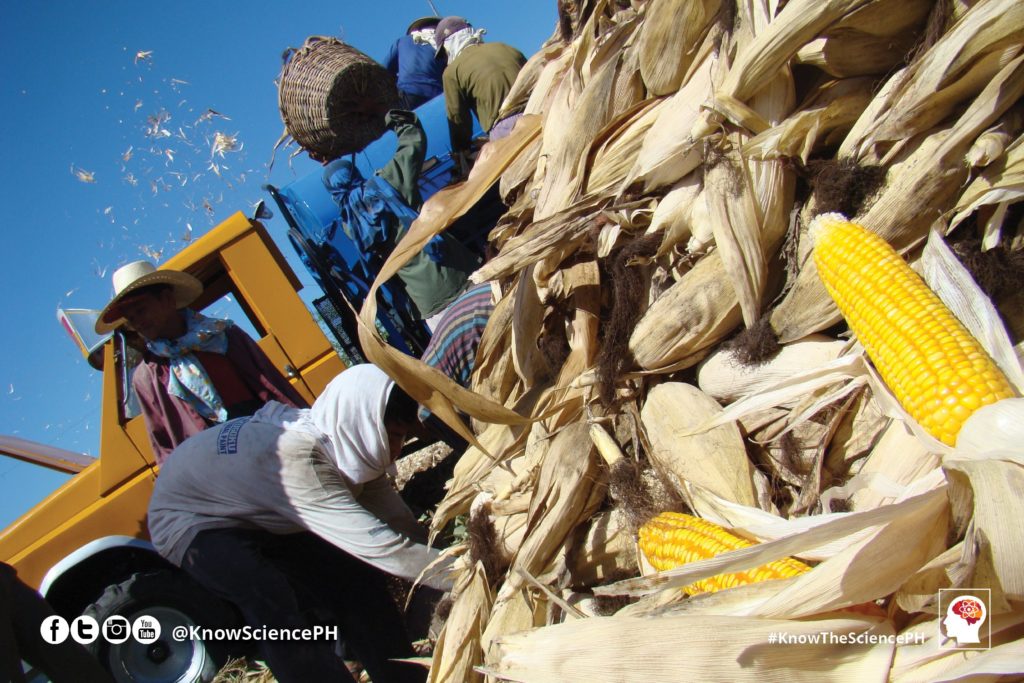 For the last 22 years, biotech crops have been planted and adopted by 70 countries. In 2018, 470,500 Filipino farmers planted 630,000 hectares of biotech corn, attesting to the benefits that biotech crops continue to offer: yield increases, higher income, peace of mind, and improved quality of life. As more Filipino farmers embrace the technology, more and more scientists are convinced that biotechnology is key to improving global agriculture and achieving food security. 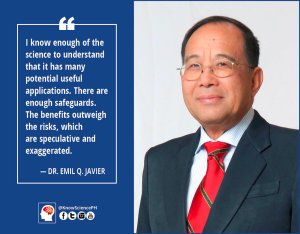 National Scientist Dr. Emil Q. Javier is a strong supporter of the use of biotechnology in advancing agriculture in the Philippines. According to him, there is nothing to fear nor wonder about the transfer of DNA across widely unrelated forms of life because all life originated from single-celled organisms billions of years ago. Dr. Javier also believes that the technology is so practical and profitable that small Filipino farmers purchase the expensive GMO corn hybrid seeds without subsidy from the government. 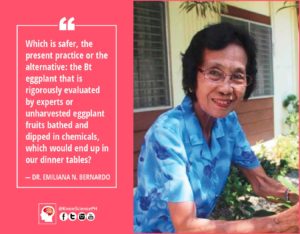 Dr. Emiliana N. Bernardo, former Professor of entomology at the University of the Philippines Los Baños is one of the most renowned entomologists in the Philippines. Dr. Bernardo led the DA’s Insect Resistant Management Advisory Team for the commercialization of Bt corn, and she cites this as her most notable contribution to crop biotechnology in the country. Despite the never-ending debate and opposition from other groups on the acceptance of GMOs, Dr. Bernardo believes that what is important is that farmers understand the science, and consumers are assured that government-approved GM crops are safe. 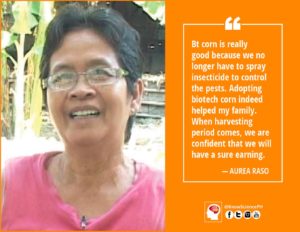 Aurea Raso, a biotech corn farmer from San Jacinto, Pangasinan said that they planted Bt corn after seed companies and progressive farmers in their community encouraged them to try it. Aurea said that Bt corn is really good because they no longer need to spray insecticide to control the pests, which is the opposite of ordinary corn. “With ordinary corn, you really need to apply insecticide because they are vulnerable to pests,” she said. She added that planting Bt corn makes them feel confident that they will have a sure earning during harvesting time. 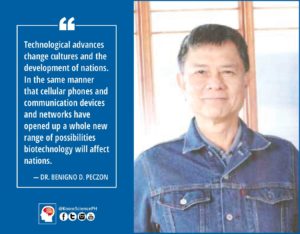 Dr. Benigno D. Peczon, the first president of the Biotechnology Association of the Philippines, Inc. which later became the Biotechnology Coalition of the Philippines (BCP) believes that as more people shed the shackles of ignorance, safe and responsible use of biotechnology will be widespread. Dr. Peczon observed that, after the approval of Bt corn for commercial cultivation in 2002, Filipino farmers readily accepted the technology. Since that year, the number of farmers planting biotech corn increased steadily, with a corresponding increase in area planted to the crop.

To read more about what other scientists say about biotechnology and biotech crops, download ISAAA’s publication “Quotable Quotes: Why Biotech?” at https://bit.ly/3fdbPOW.