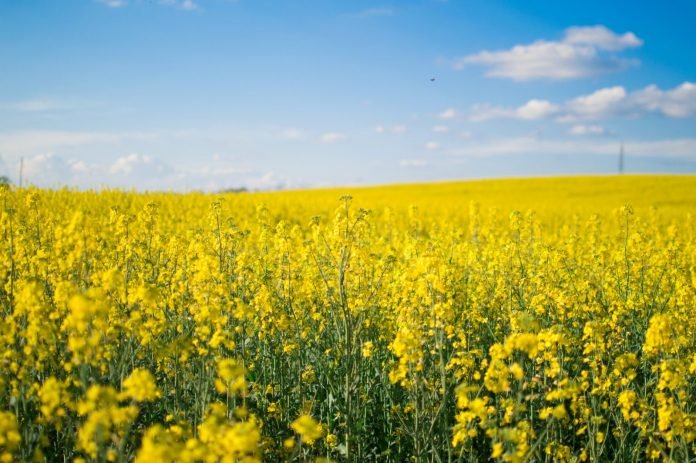 A study lead by researchers at the University of Calgary used gene editing to modify canola’s genes, producing shorter plants with more branches and flowers which could potentially increase the crop’s yield, the university says in a news release on Feb. 1.

“We showed that gene editing actually works in canola, and simultaneously improved agronomic traits in canola by changing the plant’s architecture,” study co-author Marcus Samuel, professor at the University of Calgary, whose research group did the study, says in the release.

“We were able to effectively induce such dramatic architectural changes in canola with one single gene,” says study lead author Matija Stanic, who did the research as part of his master’s degree.

“The gene editing technique we used was very precise and had some dramatic results in altering the shoot architecture of the plant,” says study co-author Neil Hickerson, who’s working on his PhD with Samuel. “With this approach, we have much greater potential to increase the yield of each plant.”

Rex Arunraj, a visiting scientist from the SRM Institute of Technology in Chennai, India, also collaborated in the research.

This was the first time Samuel’s lab had attempted gene editing in canola, using a wild type strain of the plant. The team targeted the gene BnD14, the receptor for a hormone called strigolactone. After the gene editing, the team then crossbreed the edited canola line to eliminate the DNA used for gene editing to obtain the edited strain of canola without any trace of foreign DNA, the release notes.

In their modified wild-type canola strain, the team was able to increase the number of branches to about 60 from the typical 20. They also increased the production of flowers by about 200 per cent which could help increase the yield, the release says. The plants are also shorter making them less susceptible to lodging.

Because the new trait and architecture now exists in the modified canola plants themselves, no need for further genetic engineering is required, making it relatively easy to crossbreed the plants into an elite new line of canola, the release notes.

The group is now in discussion with Agriculture and Agri-Food Canada to do some field trials this year to confirm whether the new canola strain produces a higher yield.