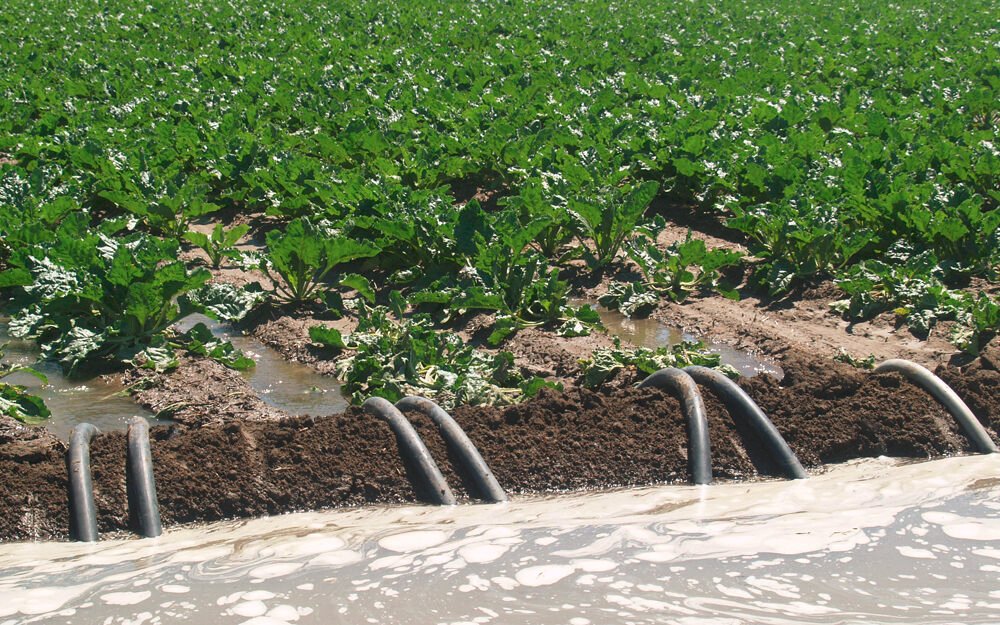 When it comes to agricultural misinformation, data will be the way to fix the record, according to Rebecca Larson, Western Sugar Cooperative chief scientist and vice president of governmental affairs.

“Data has helped us a lot on Genetically Modified Organism (GMO) technology and issues faced with the non-GMO projects, but it is just a dip of a toe into a pool in terms of what we are going to be facing over the next 5-10 years in terms of the challenges with pesticides we are using on farms,” Larson explained.

Larson spoke about the sustainability program at Western Sugar Cooperative at the 2021 Sugarbeet and Malt Barley Symposium.

Western Sugar Cooperative is a co-op of beet producers who mainly farm in Montana, Wyoming, Colorado and Nebraska.

Larson said the co-op has been getting ahead of misinformation about sugarbeets with research, including how growing Roundup Ready (RR) sugarbeets is important in terms of sustainability.

“As we sit now, three tons of CO2 equivalents are emitted per acre of beet production, and that is about twofold less than it was 12 years ago,” she said.

There is also less ecotoxicity because fewer pesticides are applied overall with RR beets, and they are applied at lower rates.

“It is not as persistent within the environment, so all that culminates in the 90 percent drop in environmental impacts or unintended consequences on organisms that you are not aiming to target with a pesticide,” she said.

Producers also save water when they plant RR beets.

“GMO sugarbeets require less than 50 percent of the water on average to produce than conventional beets,” Larson said. “The main reason for that is that weed control is better, so if you have weeds that are there, they are also going to be using water and other nutrients you have applied in the field.”

At Western Sugar Cooperative, growers have been planting half of their beet acres using lower tillage methods. That means less soil is disturbed.

“Cultivation or mechanical removal used to be a common practice with conventional herbicides, and we are not having to rely on any of that anymore, or very little of that as more of our growers have switched over to strip-till or no-till technology on 50 percent of the acres,” she said.

“Every particle of soil you are losing means more soil nutrients that are leaving your soil that could pollute surface and ground water,” Larson said.

“RR provided the appropriate amount of weed control that allowed us to give up on cultivation and adopt more conservative cultivation practices,” she said. “It is really important in windier areas to leave crop residue year round. In Colorado and Nebraska, growers jumped on strip-till right away as a big prevention of erosion.”

“When you disturb soil microbiome, they let off emissions, so conservation tillage reduces carbon emissions over 82 percent and increases soil microbial health and the soil profile,” Larson said.

A producer in Montana showed Larson the results of his efforts by measuring the percentage of soil organic matter (SOM) gain over four years.

“It is difficult to measure soil health and SOM in real time because it changes at such a slow, slow pace,” she said. “Over four years of time, he was only able to show there was really no loss in SOM in a no-till system compared to a conventional system.”

Larson expects the SOM to increase after 10 years.

Recent USDA-ARS scientists compared sugar yield per acre in fields that had conventional beets grown first and then RR beets planted in those fields.

“The post RR beets showed a vast increase in sugar yield,” she said. “It is mainly a gain in root yield that causes the gains in sugar yield.”

Those N studies were done on university plots, and Western Sugar Cooperative wants to repeat the study on a field scale.

They have applied for a SARE grant and will find out in April if they get the grant.

“Beetsare very sensitive to N. Too much N and you negatively impact sugar content and yield, plus you increase impurities that make extraction of sugar more complicated,” Larson said. “As a cooperative, we have to find that sweet spot with fertilizer where you get that maximized yield without impacting sugar impurities in a negative way.”

“What we saw is that shortly after glyphosate is applied in the field to the beets, it is exuded from the beets into the soil through their roots,” she said.

There is a lot of misinformation out there claiming that glyphosate has a significant impact on soil microbes.

“We found there was no difference between the three soil samples in terms of soil respiration, which looks at how much activity is coming from those soil microbes,” she said.

There was also no difference on the diversity of bacteria or fungi between the three samples. That diversity leads to increased soil health.

Scientists also looked at enzymatic activity in the soil because enzymes are important to nutrient recycling.

“We found there is zero impact (to enzymatic activity) between the no glyphosate treatment and the two different levels of glyphosate applied, so that is really positive news,” she said.

Overall, Western Sugar Cooperative saw an increase in yield with adoption of RR sugarbeets from 8,500 pounds sugar per acre to 11,000 pounds of sugar per acre.

“At the same time, we have drastically reduced the way we are producing the crop, not disturbing the soil as much and not using as much water because we have less weed competition,” Larson said.