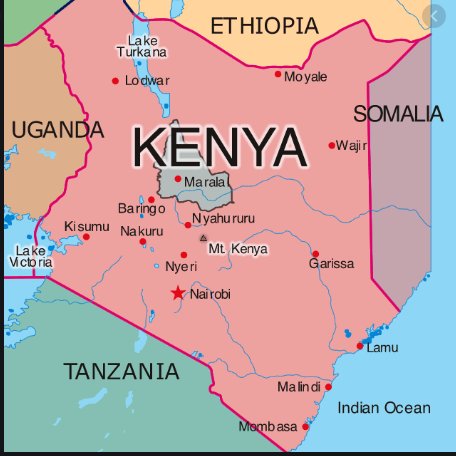 At the very moment when Kenya is confirming itself as a GMO success story, our neighbor to the south and fellow East African Community member-state has turned its back on the future of agriculture: Tanzania’s government just canceled the GMO field trials that could have helped its farmers improve their country’s food security.

“We shall conduct other types of agriculture research activities to improve our seeds and increase yield and productivity through conventional methods but not GMO research,” said agriculture minister Dr. Adolf Mkenda last month.

GMs are among the world’s best crops. They’ve been so popular, in fact, that it’s incredible for Mkenda to distinguish between “conventional” crops and GMOs.

For cotton, corn, and soybeans, GMOs are conventional. Farmers began to adopt them a generation ago because they’re so effective at protecting crops from weeds, pests, and disease—and they produce much better harvests than the non-GMO varieties that preceded them.

We’re starting to realize the benefits of GMOs here in Kenya.

Like many African countries, Kenya was a late adopter of GM technology. We resisted these innovations for a long time, partly because we failed to follow the science that showed they were safe. Instead, we listened to loud voices who were determined to stoke fear in the public for political advantage.

In recent years, however, Kenya decided that it no longer could ignore the GMO revolution. We began field trials of GMO crops. Then we commercialized GMO cotton. A little more than a year ago, we planted it for the first time, in the western part of the nation.

The results have been amazing: The average yields of GMO cotton were twice that of non-GMO cotton. Farmers vowed never to go back to non-GMO seeds.  Furthermore, agricultural officers from the regions that have planted the first Bt cotton crop in Central and eastern Kenya report “GM seeds grow faster than the conventional variety and has more branching, hence more bolls which will result in more yields.”

This is the common experience of farmers who have taken up GMOs. Seeing the incredible results with their own eyes makes a huge difference.

Today, farmers in all parts of Kenya are planting GMO cotton—and the rains of early 2021 are allowing the crop to perform beautifully.

The Tanzanians won’t witness this within their own borders, owing to the government’s regrettable decision to ban everything having to do with GMOs.

But this is exactly backwards. Tanzania can’t afford to go on the old way. Banning GMO research is certain to hurt rather than help Tanzania’s farmers and consumers.

The government has even halted research into developing a GMO variety of cassava, which is a staple crop in Tanzania and other parts of East Africa. Unfortunately, cassavas are vulnerable to the brown-streak virus, which can rip through fields and wipe out a season’s worth of work. GMOs offer a potential solution—but now Tanzania has forbidden the field trials that give scientists a chance to defeat this terrible problem.

Bad decisions such as these are what keep Africa so far behind the rest of the world in food production.

Mkenda has tried to defend his denial of GMOs by citing “seed sovereignty,” claiming that the adoption of GMOs would force Tanzanian farmers to buy seeds from foreign-owned companies. He seems to think that farmers store seeds from year to year, but that hasn’t been true for a long time, at least among serious farmers. Today, we buy seeds for every season.

This isn’t the first time Tanzania has banned GMO research. It announced a similar decision in 2018 and then reversed it the next year.

So perhaps Tanzania will change its mind again and embrace the technologies that are helping farmers grow more food on less land, as they strive for a system of sustainable agriculture that offers both abundance and conservation.

In the meantime, Kenya will continue to press ahead with GMOs. Tanzania can join us as soon as government officials like Dr. Mkenda realize their mistake.

Gilbert arap Bor grows corn (maize), vegetables and dairy cows on a small-scale farm of 25 acres in Kapseret, near Eldoret, Kenya. Dr Bor is also a lecturer of marketing and management at the Catholic University of Eastern Africa, Eldoret campus, is a member of the Board of Directors of the Kenya Fish Marketing Authority and the National Council for Nomadic Education in Kenya (NACONEK) and volunteers for the Global Farmer Nework www.globalfarmernetwork.org.