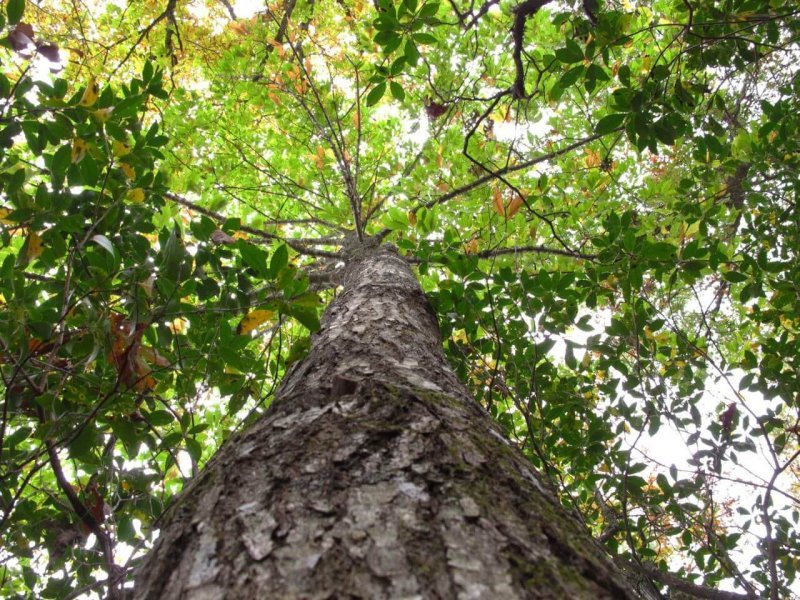 By almost any metric, the American chestnut was a perfect tree. Massive, fast-growing, and rot-resistant, it was easy to mill into cabin logs, furniture, fence posts, and railroad ties.

But the dominance wouldn’t last. In 1904, a forester noticed something odd happening to the chestnuts at the Bronx Zoo in New York. The trees were developing cankers surrounded by strange spotty, orange-yellow patches, [a fungus known as Cryphonectria parasitica.]

The first petri dish chestnuts were grown in 1995, and progress was steady, if slow. One particular iteration, called the Darling line (after Herb Darling, a conservationist who had supported [researcher William] Powell’s work from its earliest days), was especially promising. On July 12, 2012, a colleague of Powell’s, Linda McGuigan, inserted the OxO gene into Darling 58—and the resulting tree just might be the one that could save the species.

Genetically speaking, Darling 58 is an entirely American chestnut with one extra gene that gives it a bonus characteristic: resistance to Cryphonectria parasitica.

For its part, the Sierra Club has counseled caution, but it sees Darling 58 as a low environmental risk, since it would be closely monitored. In a comment on the USDA application, the Club noted that while it still “carries some uncertainties,” genetic engineering could, with proper precautions, produce an organism that “provides an environmental benefit.”