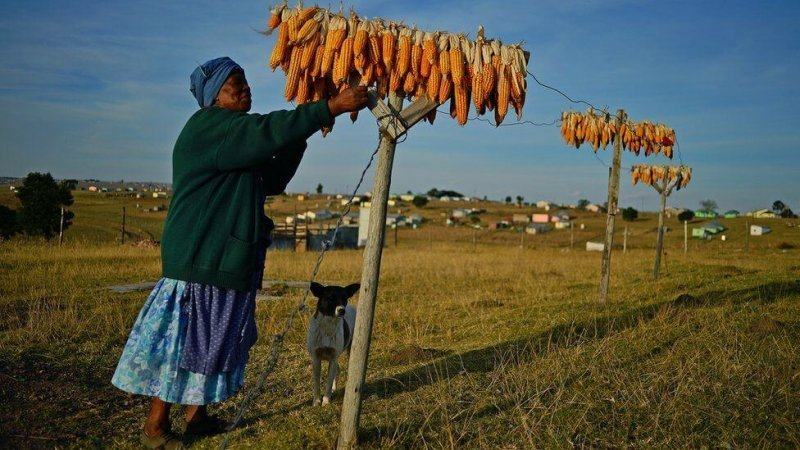 This marks South Africa as a success story in the cultivation of insect-resistant Bt white maize, given that it was the first GM subsistence crop producer in the world following its adoption of the cultivar in 2001-2002.

Results of the study, which focused on a medium that few GM studies have hitherto analyzed — a field-to-plate crop — should help address key criticisms leveled against GM crops, including claims that they cannot increase food security or improve producer profitability.

The additional land required to achieve these increased annual rations using conventional hybrid maize would range from 1088 ha in 2001 to 217,788 ha in 2014. Farmers can avoid bringing new land into cultivation by growing the more productive GM crops.

This certainly is good news for a country that still grapples with pockets of food insecurity, despite its relative affluence compared to other countries in sub-Sahara Africa.

“Although the World Bank classifies South Africa as an upper-middle-income country, food insecurity is an ongoing concern for a large segment of its population,” notes the report, pointing out that 11 percent of individuals and 10 percent of households in South Africa were vulnerable to hunger in 2018.

Additional factors have further aggravated an already bad food security situation, such as a prolonged drought that drove up the price of white maize, with adverse consequences on vulnerable households.

“There has been a marginal increase in the prevalence of undernourishment from five percent (2.8 million people) in 2014 to six percent (3.5 million people) in 2017,” the report states, adding, “In 2014–2015, 22 percent of households experienced food insecurity due to a severe drought and subsequent staple food price shocks.”

The study further compares the environmental impacts per hectare of GM and non-GM white maize production, with results indicating that GM maize reduces environmental damage by $0.34 per hectare, or $291,721 annually, compared to conventional hybrid white maize.

GM white maize ecosystem benefits were estimated to amount to $5 million from 2001 to 2018, with lower pesticide requirements for GM white maize over conventional varieties cited as a key variable.

In 2017, South Africa commercially produced approximately 1.1 million hectares of GM varieties for direct human consumption, representing an 85 percent adoption rate. Overall, the study showed that adoption of GM white maize has contributed an average of 4.6 million additional annual rations with a high of 7.4 million in 2017 and a low of 29,215 in 2001. Between 2001 and 2018, GM white maize adoption has contributed 83.5 million additional rations of maize. 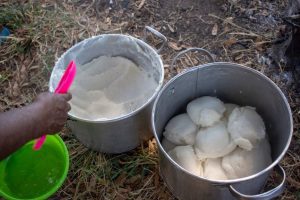 “These results are important as they refute, at least in the South African context, an often-cited criticism that GM crops have ambiguous effects on food insecurity,” the study noted.

In conclusion, the authors observe that the adoption of GM maize in South Africa has contributed to additional maize supply, which may have improved local and regional food security

“As we face a hotter and drier future, agricultural technologies such as GM may be one of the most salient ways to combat food insecurity while simultaneously reducing the environmental impact of agricultural production,” the study concludes.

Dr. Joseph Maina is a Senior Lecturer in the Department of Earth and Environmental Sciences at Macquarie University. Joseph’s ultimate goals are to understand and predict the impacts of environmental variability and change on social and ecological systems at local and global scales to support spatial planning & management.