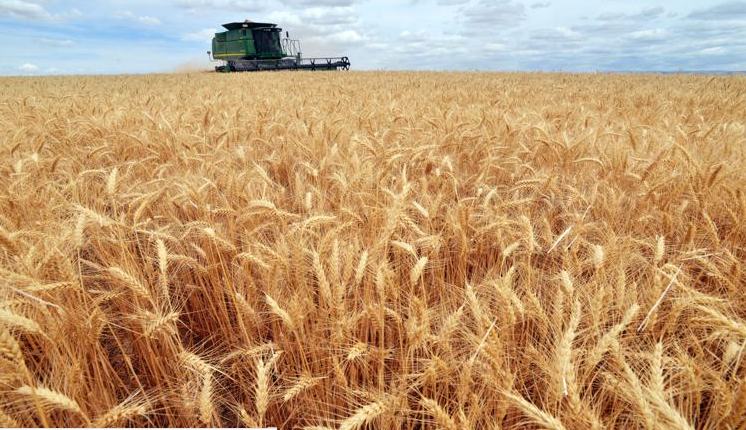 Scientists have developed a gene-editing strategy that allows cereal crops to benefit from bacteria that pull nitrogen from thin air.

The discovery has the potential to decrease farm input costs and water pollution by making wheat, corn, rice and other crops less dependent on synthetic fertilizers, according to researchers.

“It’d be convenient to reduce the amount of nitrogen applied to the soil. It’s the most important expense farmers have,” said Eduardo Blumwald, a plant biology professor at the University of California-Davis. “Given the negative effects of fertilizer to our environment, whatever you can reduce is welcome.”

Blumwald is one of several researchers who recently published a study on the modification, which is achieved with CRISPR gene-editing technology rather than by introducing foreign genetic material.

Though the study involved rice, the gene-editing technique has broader applications in agriculture, he said. “You can do this, in principle, in any plant but we are focusing on cereals. We need food.”

Legumes, such as peas, beans and clovers, have evolved root nodules inhabited by bacteria that convert nitrogen gas into ammonium that feeds the plant.

“Those are the only organisms that can do that,” Blumwald said of the microbes.

Plant scientists had long tried to coax other crops to grow such nodules with little success, he said. While the new gene-editing technique doesn’t create the nodules, it helps bacteria form a “biofilm” that induces nitrogen fixation.

“What we’ve done is create conditions to stimulate nitrogen fixation in the soil,” Blumwald said.

Ordinarily, agricultural tillage adds oxygen to the soil, which inhibits an enzyme within the bacteria that’s needed to fix nitrogen, he said. However, the biofilm forms a barrier against oxygen, allowing a tight-knit “hippie commune” of desirable bacteria to thrive, he said.

Plants naturally expel substances from their roots to influence their environment. Plants absorb carbon to make necessary components, such as cellulose, but they discard about 25-30% of these compounds.

“They don’t know what to do with it, so they extrude it,” Blumwald said.

By making slight changes to a cereal crop’s genetic sequence, the researchers encourage the plant to emit substances, known as flavones, that encourage the beneficial root biofilm to form.

Researchers have also gene-edited the trait in wheat, though they’re still incorporating it into the crop, Blumwald said. “We haven’t started the experiments yet. We are preparing the plants.”

The experiments are conducted in nitrogen-deficient conditions that reduce crop yields for conventional and gene-edited crops alike, he said. However, plants with the new modification yield 40% more than those without it.

Blumwald expects the trait will be incorporated into commercial crop varieties within 5 to 10 years.

Exactly how it fits into production systems will be refined as agricultural producers adopt the methodology, he said. “That’s out of my scope.”

The Center for Food Safety, a critic of federal genetic engineering regulations, is skeptical the technique will have far-reaching beneficial impacts.

Bill Freese, the nonprofit’s science director, said he’s “not impressed” with the finding for several reasons.

Incorporating legumes into crop rotations is already known to drastically reduce the need for nitrogen fertilizer, Freese said. “What we need are programs to entice farmers to adopt more sustainable techniques.”

As a side-effect of gene-editing, the crop is probably “more susceptible to disease, insect pests and even weeds,” he said. It’s also unclear the trait will perform well in the real world, since some fertilizer will likely be applied to crops.

“In general, new GE plant varieties that do well in a lab often fail under the harsher and more variable conditions in the field,” Freese said.