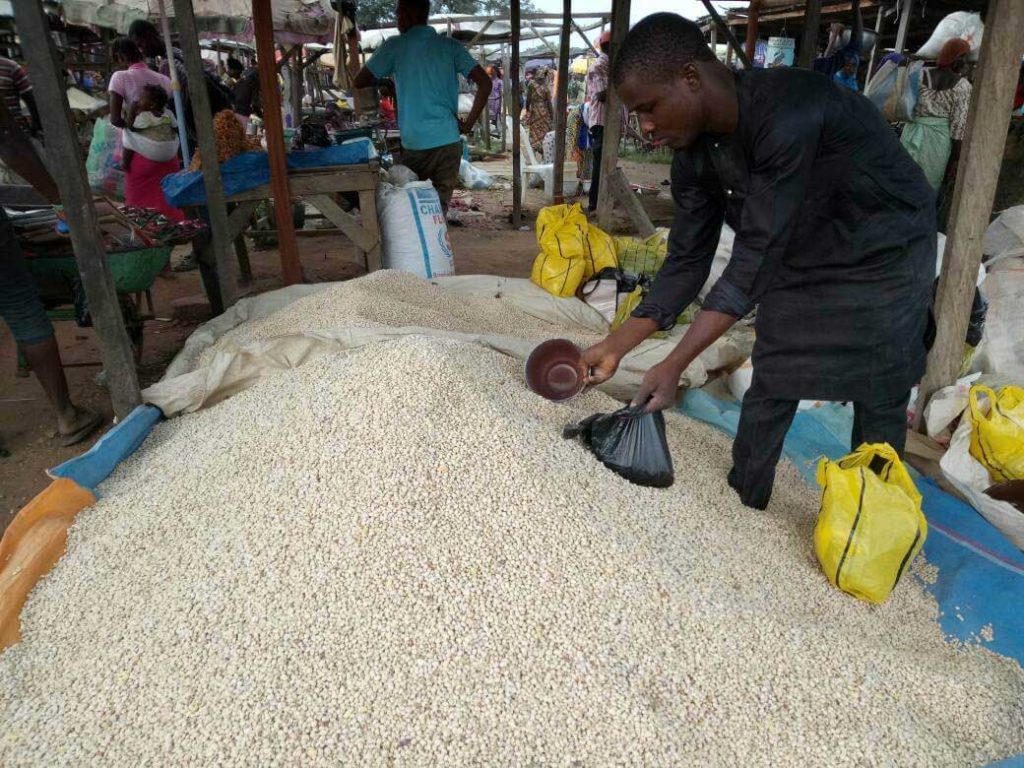 Nigeria has commenced a historic process of leading other African nations on smart and innovative agriculture with the recent application seeking commercial release of the genetically modified insect-resistant cowpea.

If approved, the pod borer-resistant (PBR) cowpea will become the nation’s first genetically modified food crop. It is expected to increase yields and massively reduce the use of pesticides in cowpea production.

Cowpea — commonly referred to as “beans” — is an indigenous food crop and cost-effective primary protein source for Nigeria’s urban and rural poor. It is also beneficial to agriculture because of its nitrogen fixing properties and use in livestock feed.

Nigeria continues to rely on countries like Cameroon and Burkina Faso, which are primary net exporters, to bridge the gap between production and demand. This places a significant burden on the economy, as does the purchase of pesticides currently used to help control the pod borers that feed on the crop.

The pod-borer insect (maruca) is highly notorious in cowpea production, forcing farmers to spray pesticides about six to seven times within a planting season. Farmers often cannot afford to buy these expensive pesticides, which are harmful to human health and sustainable environmental practices. But they stand to lose over 80 percent of their crop unless the insect is controlled.

Previous efforts by Nigerian scientists to use conventional breeding methods to prevent this pest from attacking the crop all failed. None of the 15,000 accessions examined for traits to resist the pod-borer insect yielded a positive result.

Modern breeding techniques, such as genetic engineering, seem to have broken this pattern, restoring hope among farmers. Scientists from the nation’s Institute for Agricultural Research have successfully developed a resistant variety by inserting a gene from the soil bacterium Bacillus thuringiensis, which is commonly used as an organic pesticide, into local varieties of cowpea.

At a recent public dialogue on PBR cowpea organized by the National Biosafety Management Agency (NBMA) in Abuja, Prof. Muhammad Ishiyaku, principal investigator and lead scientist of the cowpea research team, told participants that this new variety of seed has the potential to reduce pesticide use from seven applications during a growing season to about two. It is also expected to increase production by 20 percent.

Although scientists like Ishiyaku and other supporters of GM technology believe that the GM cowpea can help farmers tackle the burden of pod-borer infestation, some environmental activists totally disagree with this perspective and are challenging IAR’s commercialization application. To demonstrate their anger further, the anti-GMO campaigners have released publications, organized several activities to stop release of the crop into the environment and accused the NBMA of lacking neutrality.

But as an umpire charged with the constitutional power to superintend the application, Dr. Rufus Ebegba, NBMA’s director general and chief executive officer, urged the activists to understand that neutrality in this context should not be without any tangible decision. He explained that the NBMA is not established to stop GMOs, but to ensure that they are safe to the environment as well as human health.

“The Agency’s biases,” he said, “are safety and national interest, just as the bias of a judge is justice.”

It took IAR nine years (2009-2018) to carry out this exercise at selected sites following research approval from the NBMA. The trial process was closely monitored during this period and all the requirements pertaining to biosafety compliance were fully met.

New ideas, according to Carl Gustav Jung, are not only the enemy of old ideas, they also often appear in an extremely unacceptable form. It is true that every new technology is bound to face suspicion and concerns, but Nigeria must be brave and overcome fear, especially when there is substantial scientific proof of safety measures in place.

Opuah Abeikwen is the co-initiator of Science Cafe Nigeria and a 2016 Alliance for Science Global Leadership Fellow.