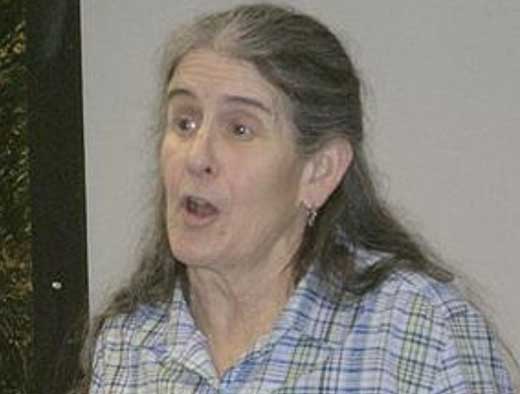 TWIN FALLS, Idaho – While glyphosate has lower toxicity than many pesticides — it’s rated zero risk for homeowner use — the news and social media are laden with its purported health risks to humans, especially cancer.

But those claims are out of step with scientific risk assessments related to exposure, Ronda Hirnyck, University of Idaho pesticide coordinator, said during a pesticide seminar at this year’s Agri-Action.

Part of the issue with glyphosate or Roundup —a Monsanto product used to treat weeds in some GMO crops — is that everybody’s heard about it. And there are a lot of people who don’t like GMOs or Monsanto, she said.

“A lot of it is emotional,” she said.

There are also a lot of cancer campaigns and other health-related concerns and environmental concerns. The use of glyphosate, tied to some GMO crops, has shot up over the last few years, and it’s an easy item to pick on, she said.

“It’s just kind of on everybody’s radar,” she said.

But the public doesn’t understand how it functions or its benefits, she said.

Glyphosate binds tightly to soil, and it’s not volatile in the environment. It doesn’t move through soil or get into water. It inhibits an enzyme that builds proteins a plant needs, and animals and humans don’t produce that enzyme, she said.

Studies have shown there’s little to no absorption through the skin, no inhalation risk and no neurotoxicity, she said.

“It does not get into our bodies and accumulate,” she said.

Studies in animals and extrapolated to humans show very, very low toxicity to either, she said. The level of acute oral toxicity in mice is 10,000 parts per million. In rabbits, the only animal to show any reaction, that level was 2,000 ppm, she said.

“Baking soda has a higher toxicity than glyphosate, all things being equal,” she said.

But cancer is an emotional topic, she said.

Assessments by the Environmental Protection Agency, the European Food Safety Authority and Health Canada found no cancer risks with glyphosate. But the International Agency for Research on Cancer labeled it a “probable carcinogen,” aligning the risk level with its assessment of red meat as a probable carcinogen, she said.

One of IARC’s board members, however, “fessed up” that the board didn’t review all the studies available and should have gone back and looked at newer studies, she said.

“This is what’s confusing people. This is the dilemma. It’s not black and white because these (organizations) are disagreeing,” she said.

The problem with most studies on a link between glyphosate and non-Hodgkin’s lymphoma, the cancer of interest with glyphosate, is that they were small, case-controlled studies with somewhat of a bias, she said. They only assessed people with the disease and whether they had been exposure to glyphosate and didn’t consider any other life factors, she said.

Those studies had variable results among small groups of people, she said.

The National Institutes of Health did a more comprehensive cohort study, the Agricultural Health Study, of more than 54,000 licensed pesticide applicators beginning in 1993 and found no connection between glyphosate and non-Hodgkin’s lymphoma, she said.

But the stories of a link are out there, and agriculture needs help people understand the risks and benefits, she said.