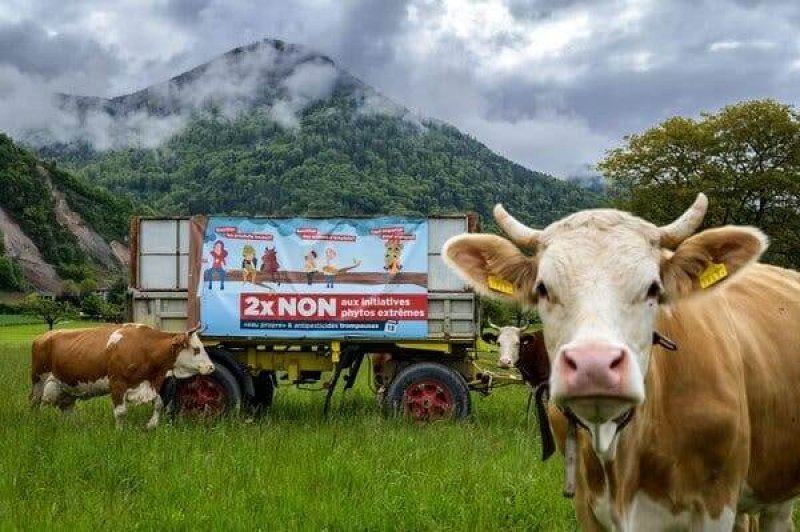 A referendum campaign banner in Ollon, Switzerland, against the use phytosanitary products ahead of a vote on banning the use of pesticides in Swiss agriculture. Credit: Fabrice Coffrini/AFP/Getty Images

Voters in Switzerland on [June 12] overwhelmingly rejected a measure that would have banned the use of artificial pesticides in Switzerland, preventing their use in farms and gardens, and prohibited the import of produce and products made using them.

The rejection of the measure, which had enjoyed considerable support in recent months, reflected strong opposition from the Swiss farming sector and the government, which said approval would have meant lower farm production and higher food prices. But public support for curtailing pesticides also prompted the government to come up with a counterproposal that would halve the risks associated with the use of pesticides within six years.

Martin Rufer, the director of the Swiss Farmers Association, said a total ban on synthetic pesticides would have been “unrealistic” and have major consequences for the agricultural sector and the country. He said farmers wanted to use less pesticides, but that there were not enough viable alternatives to stop completely.

Mr. Rufer predicted that farm production would have slumped by 20 percent to 30 percent had the measure passed, forcing the alpine nation to import more food to make up for the difference. “Food consumption would stay the same,” he said.