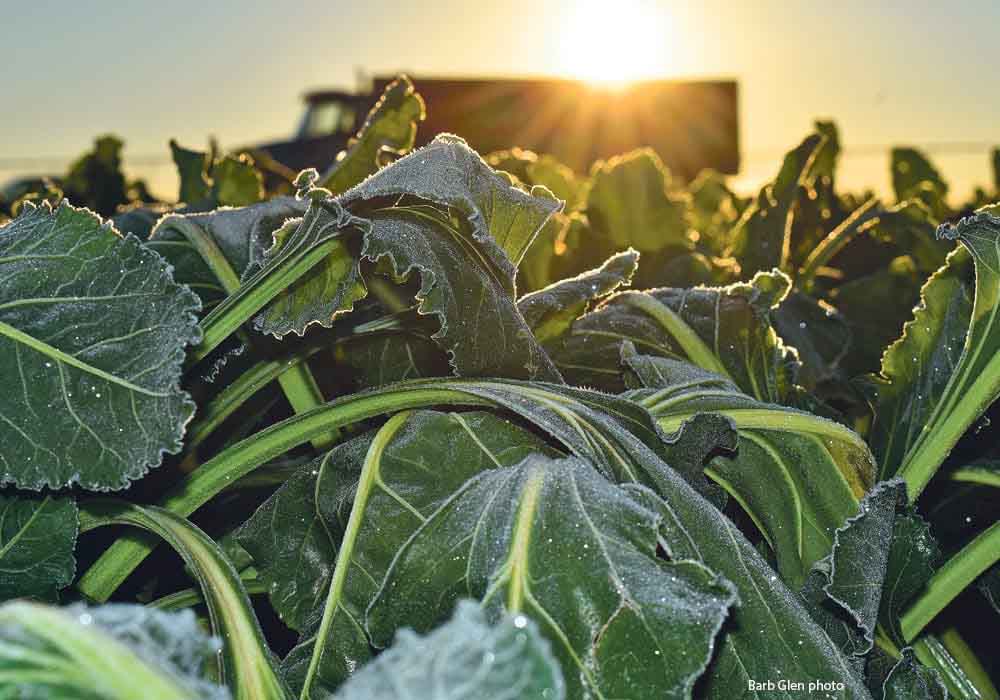 The technology has revolutionized crop management and growers say it has also reduced the environmental impact of producing the labour-intensive crop.

“It’s a huge benefit for us as farmers, not only in terms of weed control but it’s also eliminated a lot of the work associated with sugar beets.

In Alberta’s early history with the crop, sugar beet fields were often weeded by hand using crews brought in for the purpose. In latter years, herbicides became widely available but they had limitations.

“As chemical weed control came on, we were able to eliminate the hand labour, but the chemicals that were used to spray the sugar beets were actually quite harmful to the crop. They set the crop back and they actually didn’t do a really good job of controlling the weeds,” said Vucurevich.

“It would involve between four and six passes with different mixes of herbicides to control the weeds and we would get reasonable weed control but it was not great.”

Growers would follow up with inter-row tillage, often requiring two or three passes through the field during the growing season.

“It has really reduced the impact on fuel use, labour, all those kinds of things,” Vucurevich said. “We can spray the sugar beets now with a broadcast sprayer. We can typically get away with between two and four applications of Roundup. Our weed control is typically excellent. It has been a game changer for Alberta farmers as well as virtually every other sugar beet farmer in North America.”

Less chemical is used per acre, and glyphosate itself is less harmful than herbicides that used to be used, he added. There are also fuel and water savings.

“It also allows us to use somewhat less water. We can make more timely irrigation applications because we’re not trying to co-ordinate them so much with the weed control efforts that we’re making.”

The technology hasn’t been without controversy, as with other genetically modified crops. After Roundup Ready sugar beets were deregulated in the United States, where they were first introduced, a 2009 lawsuit led to further environmental assessment. That subjected American growers to certain restrictions, which were eventually lifted in 2012.

A 2018 study at the University of Idaho said sugar beets were “arguably one of the most suitable crops for GR (glyphosate resistant) technology” because other herbicides aren’t as effective, beets require a long crop rotation, their gene flow is negligible because they are biennial and harvested before flowering and because processing degrades beet DNA.

“Studies have shown that processed GR beet sugar is identical to non-GR beet sugar, as well as cane sugar,” the study’s abstract said.

ASBG president Arnie Bergen-Henengouwen said the crop is not quite as good as last year but to date is yielding about 30 tonnes per acre with sugar content near 19.25 percent.

By Barb Glen
Source: The Producer