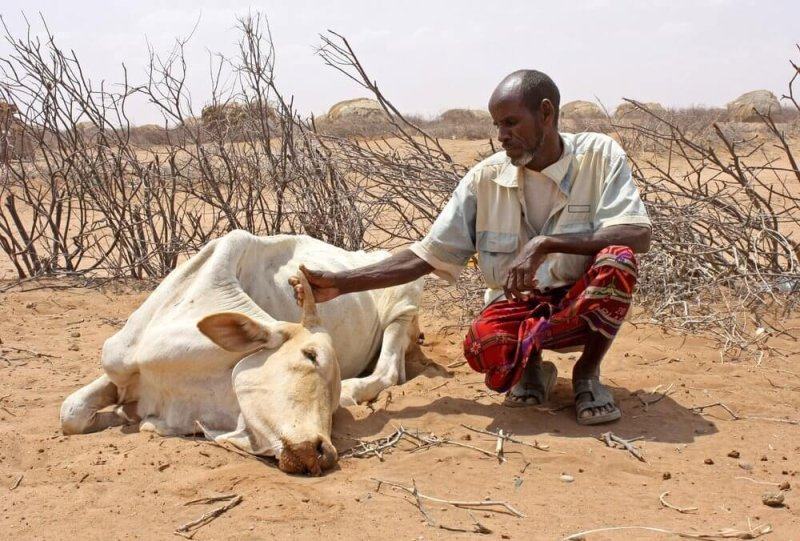 Kenyan farmers are far too familiar with the devastation that resource shortfalls cause to their livestock.

Punitive local tax regimes, technical restrictions, challenges in access to foreign currency and logistics disruptions — most of these exacerbated by the pandemic — have been dragging Kenya’s bid for seamless [grain] importation back. A problem with accessing yellow maize due to a tough stance by the government on importation of non-genetically modified maize worsened the feed problem in the past few months.

“This situation, where people can no longer profit off their livestock, is dangerous and is a threat to security as livestock farming is a socio-economic activity,” says [Secretary General of the Association of Kenya Feeds Manufacturers Martin] Kinoti.

Stephen Mugo, the director of the Centre for Resilient Agriculture for Africa (CRA-Africa), says Kenya experiences a shortage of nearly 11 million 90-kilo bags of maize a year. This year, which has experienced delayed rainfall amid increasing demand for maize, could be worse, with Dr Mugo saying that “2022 is particularly a food-insecure year”.

In the short term, Dr Mugo says the government could focus on targeted food imports, and should lift the ban on GM foods. It could also offer famine relief food for people living in Northern Kenya, where the drought hits hardest.

This is an excerpt. Read the original post here